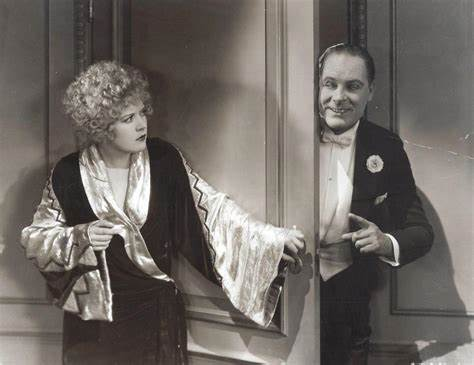 As much as I love Charlie Chaplin, Buster Keaton and Harold Lloyd, their popularity with modern classic movie fans causes many to think of their type of slapstick comedy as the only type of film comedy to come out of the silent era. However a wide variety of comedy movies came out of the silent era including many romantic comedies. A delightful example of a romantic comedy of this era was Blonde For a Night.

The story would have felt right at home in a 1930's or 40's screwball comedy. After an argument with her husband (Harrison Ford) and upon learning that he used to have quite a fondness for blondes, a young woman (Marie Prevost) decides to disguise herself as a blonde to test his fidelity.

This is an extremely charming little movie that is simply delightful from start to finish. Being only an hour long, the film moves at a fast pace and is never dull for a single second. Yet this short length (for a feature film) never hinders the movie by making it feel rushed. Instead the film feels just as long as it needs to or should be. The romance is very well handled and though there is a lot of comedy, there is also an underlying sweetness throughout. Despite being about fidelity this picture has a lighthearted touch to it, without ever making the storyline a joke or too trivial. When I first watched this film, I excepted it to be a sweet and charming movie, but what I did not except is to laugh as much as I did. This is a really funny film and has plenty of really good laughs. Betty Browne is credited with "comedy titles" and some of the intertitles are quite good. Some of the intertitles are funny little ways to introduce the characters. These types of intertitles were used often in silent comedy, and I personally have a real love of them. An example from this film, "George Mason, a dress buyer, who looked over the new models - and took the snappy ones out to dinner." However there are some great dialogue intertitles as well such as "If that memory expert gets through discussing stocks and blondes, tell him his future widow has gone out." This film shows us the great lost art of intertitles. Yet all the best silent films it doesn't depend entirely on intertitles but tells much of its story visually. If you take the intertitles out, the story would still make sense. The intertitles do what they are supposed to do by enhancing the story but not telling it.

This movie benefits from a truly great cast. Marie Prevost by this time already had earned a place in film comedy. Beginning in 1917 she had worked with the legendary comedy producer Mack Sennett and appeared in many shorts and even a few features at the Sennett Studio. During this time she had been one of the infamous Mack Sennett Bathing Beauties. She quickly grew to movie stardom and made films for Mack Sennett, while also starring in feature films for Universal. Harrison Ford (not to be confused with the Star Wars and Indiana Jones actor of the same name) was quite a popular star in his day and starred in quite a few really good movies and was a prominent actor on the stage. This was not the only movie to feature both Marie Prevost and Harrison Ford, they also appeared together in Up in Mabel's Room (1926) and The Girl in the Pullman (1927). Two of the supporting actors will be very familiar to anyone who is a fan of classic slapstick comedy. Franklin Pangborn worked with quite a few of the great movie comedians. Comedy fans will probably recognize him best for appearing with W.C. Feilds in The Bank Dick (1940), Never Give a Sucker an Even Break (1941) and International House (1933), his roles in the Preston Sturges movies Christmas in July (1940), Sullivan's Travels (1941), The Palm Beach Story (1942) and Hail the Conquering Hero (1944), as well as being the photographer who tries to take a picture of Spanky in the Our gang short, Wild Poses (1933). Lucien Littlefield was a common face in both slapstick comedies and B-westerns. Comedy fans might know him best for his roles in Laurel and Hardy's Sons of the Desert (1933) and W.C. Fields' Man on the Flying Trapeze (1935). Fans of Roy Rogers movies might also recognize him. This movie marked the only directorial credit for F. McGrew Willis, who was much more prolific as a writer. He had written the previous Marie Prevost and Harrison Ford collaborations, Up in Mabel's Room (1926) and The Girl in the Pullman (1927). His writing career began in the 1910's and would last into the early 1940's with Sis Hopkins (1941) with Judy Canova as the title character. 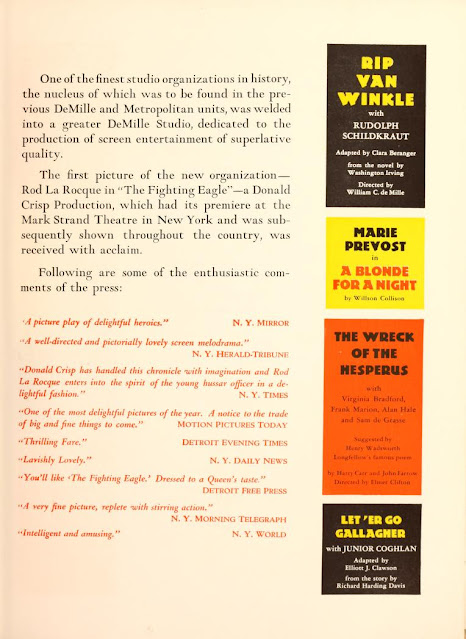