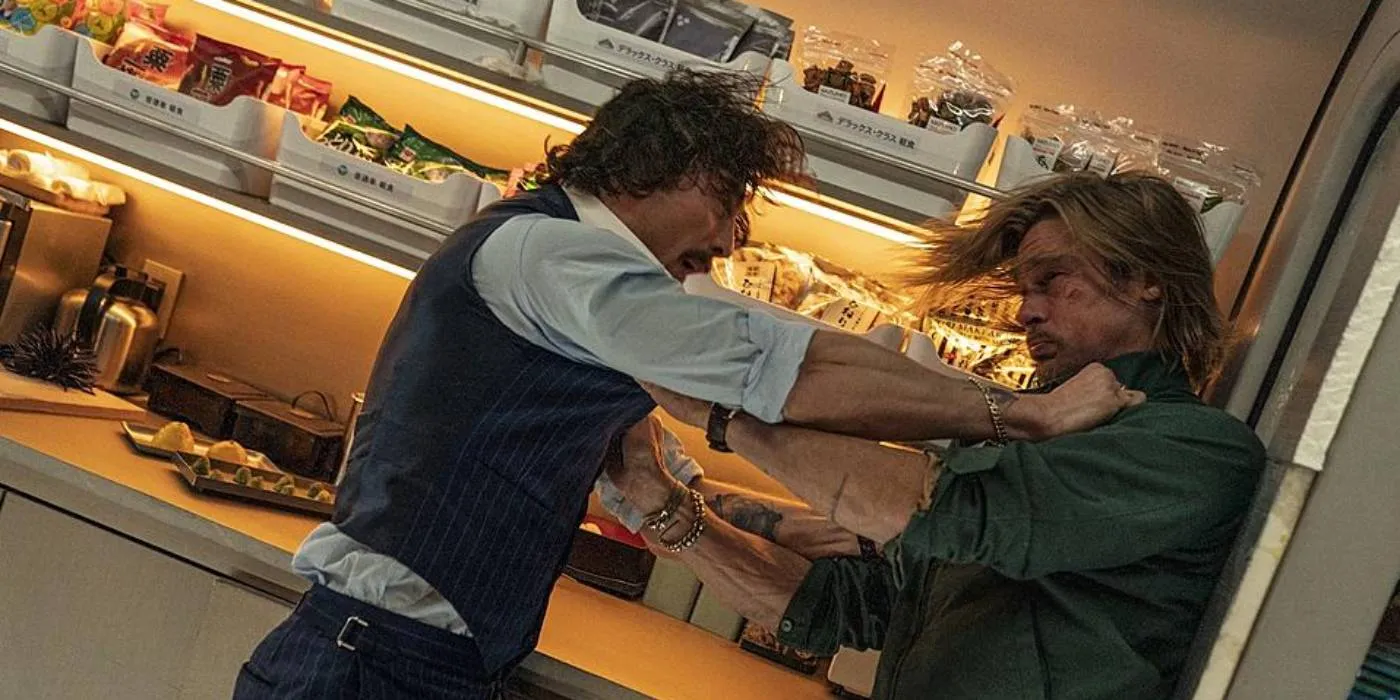 Those who are familiar with David Leitch's previous films (Atomic Blonde, Deadpool 2 and Fast & Furious Presents: Hobbs & Shaw) will know that he has a very distinct filmmaking style that combines extremely violent and over the top action, a stylized look and feel with a very silly sense of humor. (David Leitch was a former stunt man and had done stunt work for Bullet Train's star Brad Pitt in Fight Club and other movies.) All of that is extremely evident here and it all works quite well. Though some may complain about the large amount of CGI used in this movie to me it actually worked. This movie is not realistic and never tries to look it. For a movie that is as stylized as this one is, the fact that it looks stylized and not quite real is an asset and adds to the fun of the film. Also, even if it is CGI, it is still wonderful to look at and makes this movie stand out from other action flicks. The action is wonderful. This is a very violent movie but with the stylish feel and the over the top-ness of the action scenes, this R rated violence is fun to watch and never makes the film hard to look at. This is all the cartoony over the top action one could wish for from a movie like this. It doesn't hurt that the action scenes are very well paced (though the climax may go on a bit too long) and constantly keeps the action moving at a steady pace without ever feeling rushed. I admit as the film started; I thought that the humor wasn't going to work as well as I hoped. There were some jokes that missed that mark and some that made me smile rather than laugh. However, as I got further into the movie, the humor kept getting better. Once it hits its groove, this film is often downright hilarious. I laughed out loud plenty of times, watching this and I loved just how offbeat so much of this humor can be. I will admit the running joke about Thomas the Tank Engine never fully worked, the jokes that worked were so funny, you can easily forgive the ones that don't.

Unfortunately this film has a story that is too complicated for its own good. There is simply too much going on at one time for each story thread to work as well as they should. This overly-complexness also makes the climax feel like there are too many twists so close together and it can lessen the impact of some of them.

Despite any faults though, this is a very fun movie.
Posted by Michael J. Ruhland at 10:43 PM