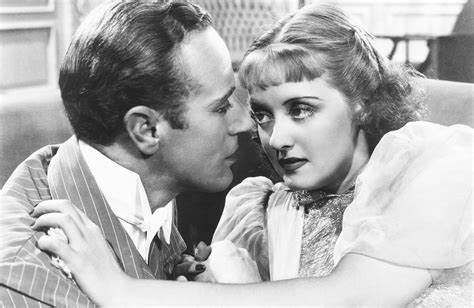 In 1936 Archie Mayo directed a famous film starring Bette Davis and Leslie Howard called The Petrified Forest. This was a fantastic movie and has gone down in many film fans minds as a classic. However just a year later the director and stars would reteam for a much less appreciated movie called It’s Love I’m After. Despite the fact that this movie does not receive anywhere near the amount of attention The Petrified Forest does it is a completely delightful movie, that is a sheer joy to watch.

This movie came about because Leslie Howard wanted to show he could do more than just drama. Howard had been acting in many various serious roles at the time and wanted to take a break and do something comedic. Producer Hal Wallis was skeptical about making a comedy with this big dramatic star, but eventually accepted.

After this came the problem of finding a leading lady to act with Howard. At first stage actresses Gertrude Lawrence or Ina Claire were considered. After watching Lawrence in the movie Men Are Not Gods (1936) though Wallis and Howard both decided that she was an actress better suited for the stage. After this Wallis came up with the idea of casting Bette Davis opposite Howard. This seemed naturally because the two had previously costarred in both Of Human Bondage and The Petrified Forest and proved to have great chemistry. The idea also came with Wallis deciding Davis needed a break from the more dramatic roles she was in lately. Bette was originally very reluctant to take the role. She had been working a lot lately and wanted a vacation. She also felt that Olivia de Havilland had a better role than she would have. To convince Bette Davis to be in the film Hal Wallis, told her the change of pace would be good for her career (she had been doing mostly dramatic pictures lately) and he replaced the originally planned cinematographer, James Van Trees, with Tony Gaudio, one of Bette's favorite cinematographers.

This movie centers on Shakespearean actor Basil Underwood (Leslie Howard). Basil and his co-star Joyce Arden (Bette Davis) are in love with each other but can't stop bickering. After much fighting the two finally diced to put it behind them and get married as soon as possible. However, Harry Grant Jr. (Patrick Knowles), the son of a man who helped Basil out when he was down on his luck, comes get revenge on Basil. Harry's finance, Marcia West (Oliva de Havilland) has seen Basil perform in plays and has fallen for him. Basil and Harry come to the conclusion that Basil could visit her family’s house and act like such a jerk that Marcia would begin to hate him. He views this as a way to renew himself before getting married. However, Joyce does not see it this way and is upset about their wedding plans being delayed. On top of that everything Basil does just seems to make Marcia fall more in love with him.

This is an absolutely hilarious film, full of laugh out loud moments. This is due both to a great script by Casey Robinson (based off a play by Maurice Hanline) and amazing on-screen chemistry between the cast. In fact just everything in this movie works great. Despite this film not being well known this is a truly classic screwball comedy.