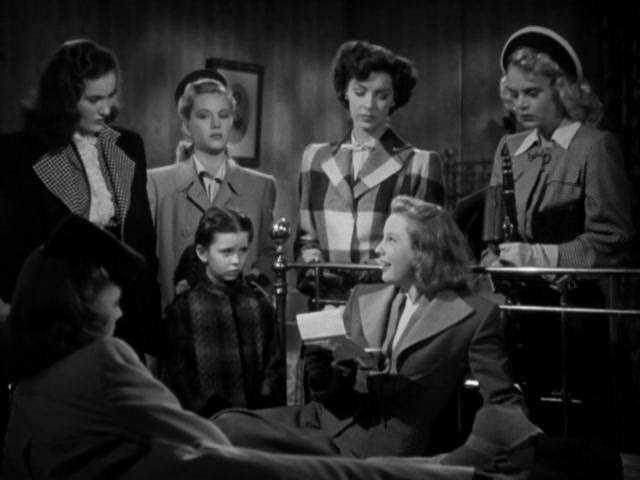 In 1944 Margaret O'Brien won a special Academy Award for Outstanding Child Actress. One look at her output that year and it is not hard to see why. After all it was the year she played her most famous role, as Tootie in Meet Me in St. Louis. That same year she also acted in Jene Eyre, The Canterville Ghost, Lost Angel and this overlooked gem Music For Millions. There is little need to state that she plays a big hand in making this movie so delightful.

This movie also marks the first time she played sisters with June Allyson. They would later play sisters again in the 1949 film version of Little Women. Their chemistry is very apparent in this film, and in fact so was there chemistry off screen. The two became very close and June Allyson always kept a picture of little Margaret on her dresser. They had even more in common too. They were considered the best actresses at crying at this time and had earned the nickname "The Town Criers". Director Henry Koster (who is best remembered today for directing The Bishop's Wife (1947) and Harvey (1950)) even remembered Margaret O'Brien being able to control how much of her tears would be visible for the camera.

This film boasted another excellent team behind the camera as well. Henry Koster and producer Joe Pasternak. They had previously both helped save Universal from financial problems, with a series of successful musicals starring Deanna Durbin. This was the first film the team had made together after moving to MGM. It was also Koster's first MGM movie. However, it was Pasternak's sixth.

The story revolves around little Mike (Margaret O'Brien) visiting her sister Barbara (June Allyson). Barbara is a member of an orchestra and many of the women in that orchestra take Mike in. Meanwhile though Barbara is waiting for a letter from her husband (who is fighting in World War 2) but no letter comes.

This film is a tearjerker, but it never feels forced. The storyline always feels real because the characters feel real. This is achieved through a great script (by Myles Connolly) and great performances from the whole cast.

The main stars of the film aren't the only ones who put on great performances. The whole cast does. However Jimmy Durante stands out here as being at his best. His slowly growing to love Mike is very heartwarming. One of the highlights of this film is him preforming a song number called Umbriago. His performance of this song is just dripping with pure energy and enjoyment of what he is doing. I don't see how anybody can not like this scene.

Adding to the musical fun is real life conductor and pianist José Iturbi. He and his orchestra help treat us to some great renditions of various classical music standards including an especially good finale of Handel's Messiah.

Overall this movie is a must see.