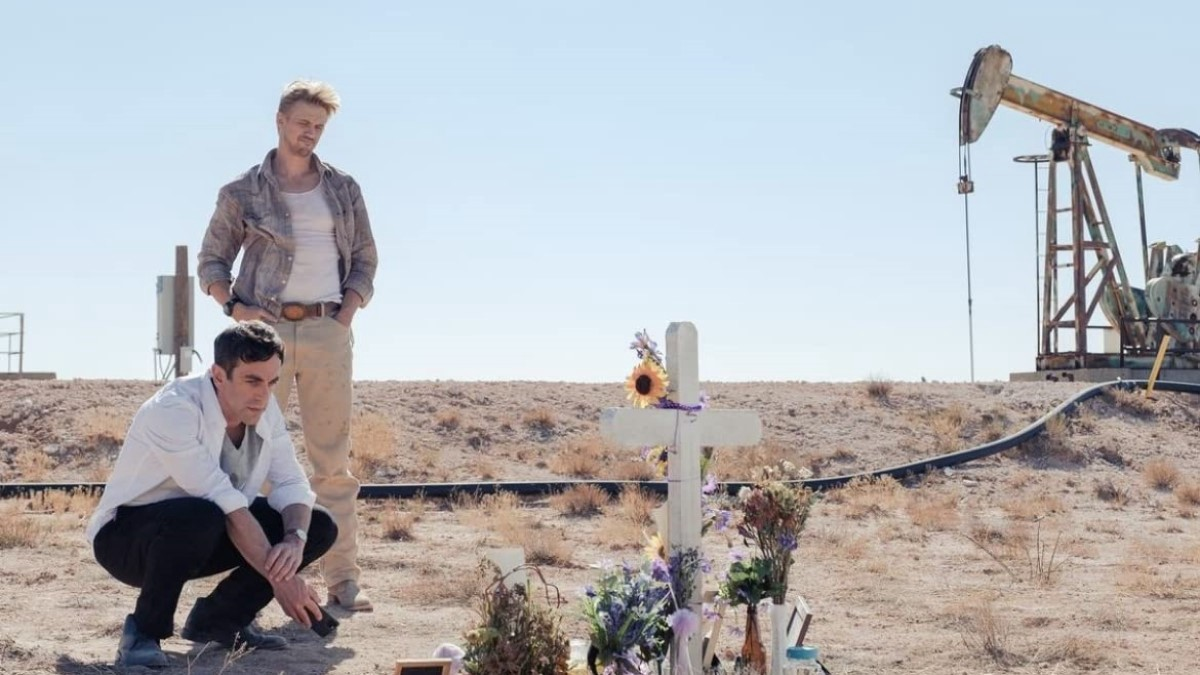 B.J. Novack's first movie as a director (though he has directed TV show episodes and acted in movies) is a delightfully fun but dark comedy-mystery. The film has a great storyline. A writer for the New Yorker is successful at his job but wishes to be more than just a writer. He wants to be a "voice" that people around the U.S.A. will know and respect and he feels the way to do this is through a podcast. After a woman he hooked up with once or twice passes away, her family (who thought the relationship was more serious) takes him to Texas for her funeral. The woman's brother believes that she was murdered (her cause of death was an overdose of drugs) and tries to convince the writer to try to get vengeance on whoever killed his sister with him. The writer than decides to make this his podcast and have it be about how people invent conspiracy theories to shield themselves from the pain of the truth. From here the story takes many twists and turns that will even keep the most experienced movie goers guessing. I truly never knew what was going to happen next and was often on the edge of my seat. This all leads to an ending that I feel will divide many (I personally liked it). Regardless of what you think of the ending though, it is a heck of the ride there. Despite the amount of comedy in this movie it is not afraid to go to dark places and it is all the better for it
Much of the humor comes from the cultural divide between the main character, a New York intellectual and the woman's family, Texas rednecks. Despite this, the film is never too mean spirited about either side and it delightfully makes fun of both sides. The New York intellectual, tries to sound like an intellectual about everything, even those he knows nothing about and though the Texas family falls into a lot of stereotypes, they can also subvert them. A wonderful scene that shows this has the writer references Anton Chekhov to one of the family members, she starts talking about his plays to which the writer has never read or seen them and quickly tries to change the subject. This may be a simple joke but it lets us know not every character is the complete stereotype we might assume them to be. While this movie may poke fun at certain accepts of Texas culture, it is both good natured and funny enough for anyone to laugh at it. This movie is often downright hilarious, and I laughed out loud quite often watching this. The Waterburger scene and a reference to Schindler's List (1993) will stay in my mind for quite a while.

This film also benefits from a wonderful performance by Ashton Kutcher, who steals every scene that he is in. If you think of him simply as that dumb guy from "That 70's Show" you need to see this movie. He truly gets to show his range here in not only the comedic scenes but some of the film's most serious and disturbing moments. He may not have as much screentime as other members of the cast, but he certainly leaves an impression on you.

On the downside is the conversations between the writer and his podcast producer. These scenes simply give both characters time to ramble in their pseudo-intellectual way and frankly there are too many of them. They add little to the story, don't have any real deep meaning to them and after the first of these scenes you fully get what they are trying to say about the characters. Also the podcast producer and the other characters in the New York scenes, just simply aren't the least bit interesting.

All in all this is an excellent film.
Posted by Michael J. Ruhland at 8:26 PM