Today's musical selection begins with Red Foley's 1949 recording of Jesus Loves Me. Most of us who grew up in church grew up singing this song as children and hearing it again brings us back to the surprising simplicity of the gospel message (something we have too often tried to complicate). This hymn first appeared as a poem in Anna Bartlett Warner's 1860 novel, Say and Seal. The music as well as some additional lyrics were added by Dr. William Batchelder Bradbury in 1862. The Carter Family wasn't the only country group of the 1930's and 40's with the last name Carter. There was also The Chuck Wagon Gang which in their original incarnation consisted of D.P. Carter, his Son, Jim (Ernest) Carter and his daughters, Rose (Lola) Carter Karnes and Anna (Effie) Carter Gordon Davis. The group recorded mostly old gospel songs. Incredibly the group is still around today (though with completely new members). In this post we will hear their 1941 recording of Jesus Hold My Hand. This is another hymn that while upbeat came out of tragedy. Thomas A. Dorsey had not be married long when his wife was about to give birth. Dorsey was needed in St. Louis and though he regretted going and not being with his wife he reluctantly went. In St. Louis he received a telegram that his wife had died. She did give birth to a baby boy, who died not much later. Dorsey was understandably heartbroken and he turned away from God. One day a friend invited him to a music school. Dorsey found himself sitting at a piano with everything dead quiet. All the sudden this song came out. The song was first published in 1933 and connected with others who were going through similar grief. Now we join Roy Rogers and Dale Evans singing The Lord is Counting on You. This song is written by another legend of cowboy gospel music Stuart Hamblen. Hamblen had also been an actor and appeared in the Roy Rogers movie, The Arizona Kid (1939). Now we join Trace Adkins singing Muddy Water. This great song comes from his 2008 album X. Next comes Johnny Cash singing Let the Lower Lights Be Burning. In the notes for the box set Unearthed, John wrote, "This is a very special song for me, and I'll tell you what it means to me now. When my father was dying, he was in a coma, and all my brothers and sisters and I were gathered around the bed, and we felt like telling him goodbye. But my oldest sister Louise said, 'Let's sing to him.' So we started singing 'Let the Lower Lights be Burning.' At some point I looked at him and, though he had been sound asleep in a coma for days, his lips started moving and he started singing that song along with us. The more we would sing it the more he sang. And he opened his eyes and he looked around at us as we were singing. Ad of course everybody had a good cry as watched him and listened to him as he sang 'Let the Lower Lights be Burning' with us." This version comes from John's 1962 album, Hymns From the Heart. Now it is time for the singing cowboy, Gene Autry with Let's Go to Church (Next Sunday Morning). This lovely version comes from an episode of Gene Autry's Melody Ranch Radio Show dated 4/1/1950 and also features The Cass County Boys, The Pinafores, Johnny Bond and Carl Cotner's Orchestra. As we end our musical selection for the day The Sons of the Pioneers tell us to Read the Bible Everyday in a classic 1948 recording. This song was written by one of the group's original members, Tim Spencer. 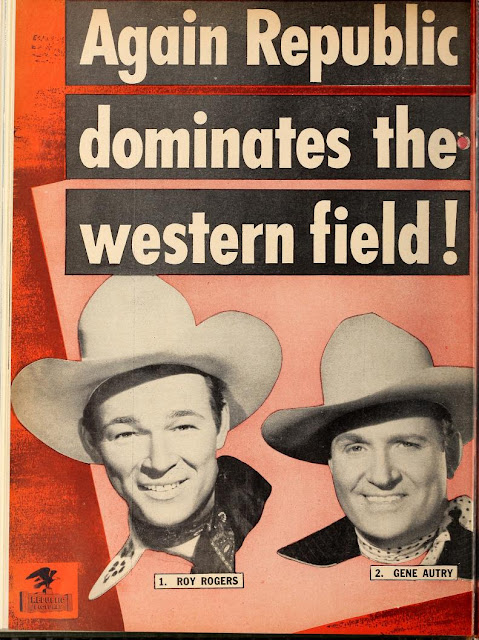 
Jesus replied, “Truly I tell you, if you have faith and do not doubt, not only can you do what was done to the fig tree, but also you can say to this mountain, ‘Go, throw yourself into the sea,’ and it will be done. ~ Matthew 21:21

Trust in the Lord with all your heart, and do not lean on your own understanding. In all your ways acknowledge him, and he will make straight your paths. ~ Proverbs 3:5-6

Let no corrupting talk come out of your mouths, but only such as is good for building up, as fits the occasion, that it may give grace to those who hear. ~ Ephesians 4:29

And let us consider how to stir up one another to love and good works, not neglecting to meet together, as is the habit of some, but encouraging one another, and all the more as you see the Day drawing near. ~ Hebrews 10:24-25

For I know the plans I have for you, declares the Lord, plans for welfare and not for evil, to give you a future and a hope. ~ Jeremiah 29:11

If any of you lacks wisdom, you should ask God, who gives generously to all without finding fault, and it will be given to you. ~ James 1:5

Beloved, do not believe every spirit, but test the spirits to see whether they are from God, for many false prophets have gone out into the world. ~ 1 John 4:1

Above all, you must understand that no prophecy of Scripture came about by the prophet’s own interpretation of things. For prophecy never had its origin in the human will, but prophets, though human, spoke from God as they were carried along by the Holy Spirit. ~ 2 Peter 1:20-21

Rejoice in hope, be patient in tribulation, be constant in prayer. ~ Romans 12:12

The steadfast love of the Lord never ceases; his mercies never come to an end; they are new every morning; great is your faithfulness.  Lamentations 3:22-23

God is our refuge and strength, a very present help in trouble. Psalm 46:1

The hope of the righteous will be gladness, but the expectation of the wicked will perish. Proverbs 10:28

He who heeds the word wisely will find good, and whoever trusts in the LORD, happy is he. Proverbs 16:20

Thanks for joining me come back next week for another service of Cowboy Church. Happy trails to you until we meet again.