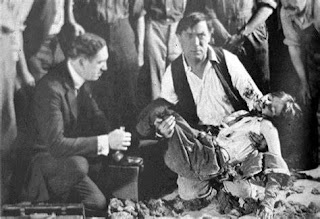 Like many of you when I hear William S. Hart, I think of one of the great screen cowboys. The Whistle however shows him out of cowboy grab. Yet the movie has many of the themes that are present throughout Hart's filmography.
Hart plays Robert Evans, a factory worker who loses his son (Will Jim Hatton) due to the poor working conditions at the factory. When his boss (Frank Brownlee) refuses to fix the problem, Robert can only think of one thing revenge. Robert kidnaps the boss' son (Georgie Stone) and raises the boy as his own.  In his westerns, William S. Hart normally played an anti-hero. We always rooted for his character but at the same time, his character would do things that were far from moral. This is definitely true of the character in this movie. We learn to really care for this character, but at the same time we can not stand behind his revenge.

Despite the strong similarities between his character here and his more famous cowboy characters, this film did not catch on with audiences despite great critical reviews. Truth be told Hart's popularity had already been slipping by this time. By 1921 his popularity as a cowboy star was being overshadowed by that of Tom Mix and Hoot Gibson. Mix and Gibson's westerns which much more lighthearted affairs when compared to Hart's dramatic and often quite dark westerns. Perhaps audiences of the time simply preferred  something silly and lighthearted over something dramatic and dark. At the same time this probably is not helped by William S. Hart having made multiple films around this time that were not westerns probably didn't help him overcoming this slipping of popularity (including such films as The Cradle of Courage (1920), John Petticoats (1919) and O'Malley of the Mounted (1920)). One exhibitor's review for this film in Exhibitor's Trade Review stated, "Although the matinee attendance did not seem to pick up any, the night business registered better than for some time. Hart in Western roles in this city always seems to draw better." In The Exhibitor's Herald one exhibitor stated "Not the sort of picture they except from Bill and they are disappointed." Another liked the film but stated, "...would have been better if Hart could have had a horse to ride." One exhibitor however noted "Expected our patrons would be disappointed at Hart in this new role. On the contrary it pleased all." 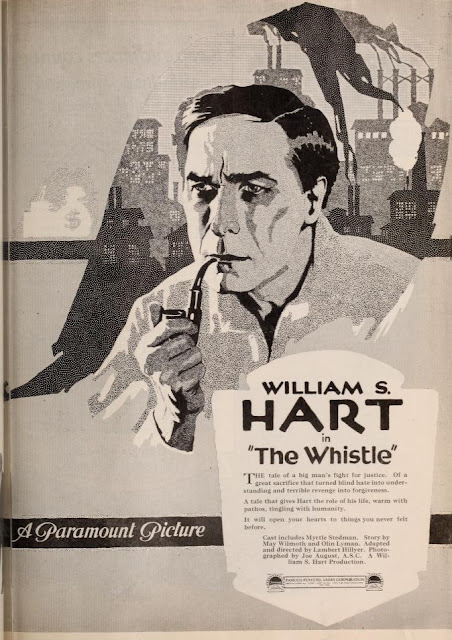 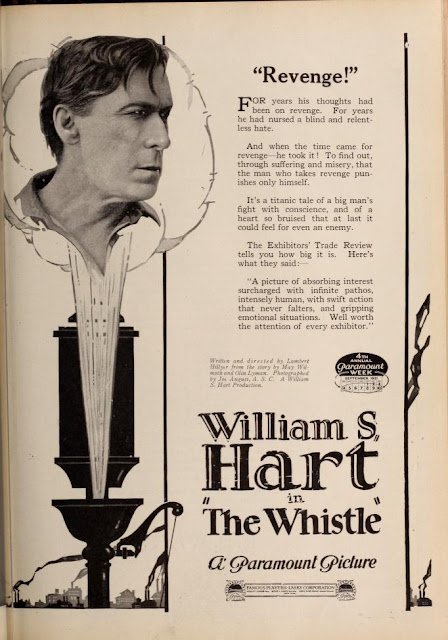 
Director and writer,  Lambert Hillyer had been a collaborator with William S. Hart since 1917. His work with the cowboy story started wrote two William S. Hart westerns, The Desert Man (1917) and Wolf Lowery (1917) (both of which Hart directed himself). Hart himself would promote Hillyer to director for his first Paramount movie, The Narrow Trail (1917). After this Hillyer would work on every Hart movie through Hart's last self produced film, Travelin' On (1922). Hillyer would direct quite a few westerns after parting with Hart, these films would star such western stars as Tom Mix, Buck Jones, Tim McCoy and Bill Elliott. Superhero fans might know him for directing the 1943 Batman movie serial.

The boss in this movie is played Frank Brownlee, who comedy fans might recognize for his appearances with Laurel and Hardy in such films as The Second Hundred Years (1927), Sailors Beware (1927), Do Detectives Think (1927), Love and Hisses (1927), Call of the Cuckoos (1927), Pack Up Your Troubles (1932) and The Midnight Patrol (1933). Brownlee spent much of his career in supporting uncredited roles and does a good job with a larger role here. The boss' son was played by Georgie Stone, a child actor who's career never reached beyond the silent era. The year before The Whistle was released he would play a lead role in John Ford's Just Pals (1920).

In my opinion The Whistle is one of William S. Hart's finest films. It has all the charms of Hart's westerns and proves that Hart was more than just a cowboy. William S. Hart's acting is fantastic. As always he brings out the emotion in ever scene in a way that is completely believable and real. The story line is gripping and once it gets a hold of you it never lets go. The story is also expertly told with not one wasted moment. In other words this is a must watch movie for all silent film fans.

If you want to watch this film it is available on YouTube.