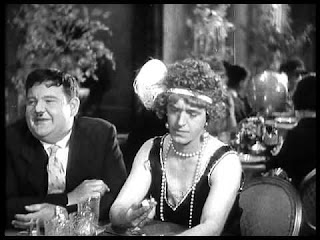 Since it is April Fools day, I can think of no better choice for a Silent Film of the Month than a Laurel and Hardy short. This month we are going to look at what is probably my favorite of the silent Laurel and Hardy films, That's My Wife.

The premise of this film is very simple. Ollie (Oliver Hardy) will inherit a large amount of money from his uncle Bernal (William Courtright) if he is happily married. However his wife (Vivian Oakland) leaves him just before his uncle visits. There is of course only one way to still inherit the money. Stan (Stan Laurel) has to dress up as a woman and pretend to be Ollie's wife. Naturally this leads to many very funny comedic moments.

The storyline and humor are pure Laurel and Hardy at their best and this stands up easily against any of their great talking pictures. I have had the pleasure of seeing this in a theatre with an audience and their reaction was extremely enthusiastic. There are few comedies past or present in which an audience reacts to the same way they do to a Laurel and Hardy film and this one caused an even greater reaction than normal for Stan and Ollie. Some of the biggest laughs for me come from Stan's pretending to be a woman. This would not be the last time he would get comedy out of female impersonation (in fact this was used as late as the Fox movies), yet it is by far the funniest. It also leads to some surprisingly risqué jokes for a Laurel and Hardy film (though risqué bits did appear occasionally in their work, most famously in Liberty (1928)). One of the best of these jokes involves Ollie giving Stan "breasts" for his disguise, a fantastic gag that never fails to make me laugh. This short is also a perfect example of what sets Laurel and Hardy apart from many other comedy teams. This is that there is real heart behind the relationship between the two characters. Despite all the hardships they inflict on themselves and each other, their friendship is the one thing that remains constant. This is true here as no matter how much hard luck Ollie has in this short the one thing he never loses is his friendship with Stan. Unlike other comedians who would often go out of their way to incorporate sentiment or heart into their films, this was never needed in a Laurel and Hardy film. That is because the heart was automatically there in the characters. Because of this the films could have this warmth and heart without ever once having to stop the laughs. 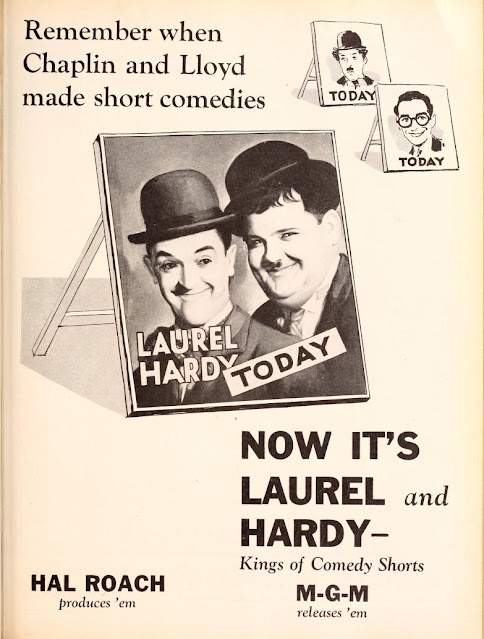 
The following is a very revealing exhibitor's review from Exhibitors Herald World, " THAT'S MY WIFE: Laurel-Hardy—This evidently was another knockout before the censors got in their work. Two reels.—S. B. Kennedy, Central Theater, Selkirk, Man. -General patronage." The following is another exhibitor's review from Exhibitor's Herald World, " 'That's My Wife.' Plenty of laughs, but not quite as many as in most of their previous ones. (C. A. Swircinsky, Majestic theatre, Washington, Kan, General Patronage."

Jimmy Aubrey, who plays the drunk in this film had at one time been a part of Fred Karno's comedic theater group. Two other members had been Charlie Chaplin and Stan Laurel (who had been Chaplin's understudy). In 1917 Aubrey had starred in a series of short comedies directed by silent comedian Larry Semon (both Stan Laurel and Oliver Hardy had appeared in Larry Semon films before teaming (though never together)). Later in 1917 Aubrey moved to the Smallwood Film Company to star in a series of short comedies directed by C. Jay Williams and William A. Seiter (who would direct the Laurel and Hardy feature Sons of the Desert (1933)). In late 1918 he would begin to make another series of short comedies for Vitaphone. From 1919-1921, he would appear in multiple films with Oliver Hardy. When he made a series of shorts for Joe Rock beginning in 1924, he often worked with Laurel and Hardy regular, Anita Garvin. Anita would later state that some of Aubrey's films there were directed by Stan Laurel. Though he only appeared in two actual Laurel and Hardy films (this one and Their Purple Moment (1928)), as you can see much of his career had Laurel and Hardy connections. Former Ziegfeld girl Vivian Oakland had appeared in the Oliver Hardy solo film, Along Came Auntie (1926). Her other appearances with Laurel and Hardy include the pre-teaming shorts, Forty-Five Minutes From Hollywood (1926) and Love 'Em and Weep (1927), the talkie short, Scram! (1932) and the feature length, Way Out West (1937). Short comedy fans might also know her for appearing in the infamous short, Keystone Hotel (1935). Director Lloyd French worked almost exclusively in short subjects. He directed the fan favorite Laurel and Hardy short, Busy Bodies as well as shorts with The Boy Friends, Edgar Kennedy and Leon Errol. Writer Leo McCarey is often given credit for officially teaming Laurel and Hardy. McCarey would become one of Hollywood's best directors directing such features as Duck Soup (1933), Make Way For Tomorrow (1937), The Awful Truth (1937), Going My Way (1944) and An Affair to Remember (1957). Another great director who worked on this short was George Stevens (here the cinematographer) who would later direct such feature films as Swing Time (1936), Gunga Din (1939), Woman of the Year (1942), Shane (1953), Giant (1956) and The Dairy of Anne Frank (1959).

1929 was a big year for Laurel and Hardy. This was the year they had made their last silent, Angora Love, their first talkie, Unaccustomed as We Are, and their first appearance in a feature film, Hollywood Revue of 1929 (unfortunately they received very little screen time here). It is also the year of some of the team's best short comedies including this short, Liberty, Wrong Again, Big Business, Men O' War and Perfect Day. 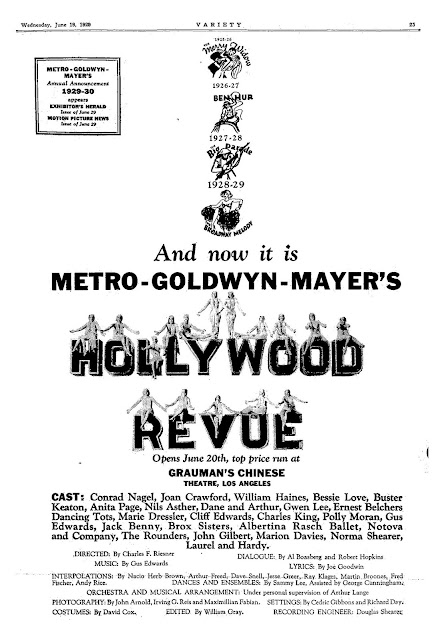