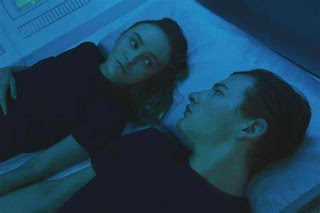 A missed opportunity that somehow misses the mark almost completely.

A major plot point in this film is that the characters are experiencing their "true personalities" for the first time. When this is directly stated in the dialogue, it becomes crystal clear what the problem is. These so called personalities amount to nothing more than good person, bad person and liking sex. In other words these personalities are as bland as can be. The ideas and premise of this film cry out for deep character studies, but this movie doesn't only not do this, but makes the characters so boring that we don't want to study them. Much of the basic storyline is taken from Lord of the Flies, but everything that makes that story interesting is missing here. Instead we go through the motions with cliché after cliché. After so long you simply stop caring. By the time the action packed climax came, I just simply wasn't interested in what was happen on screen anymore and no amount of action could do this. I was amazed that was less than two hours, because it felt so much longer. While some fascinating ideas about free will, a world without law and discovering real pleasure for the time appear in the story, they take a backseat to cliché plot points and bland characters. Because of this we get something that is much worse than a completely irredeemable film, but a bad movie that feels like it really should have been a good movie.

There were so many interesting ideas here, that I really wanted to like this movie, but sadly despite this I find it impossible to recommend this film.
Posted by Michael J. Ruhland at 9:25 PM

Michael J. Ruhland
Hi, I'm Movie Blogger, Michael J. Ruhland. I research and write about a wide variety of movies ranging from the silent era to modern day. This blog is a labor of love for me and I would like to thank all who read it. Movies are your best entertainment.