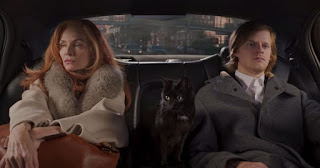 The main appeals of this film are the comedy and the stars. A lot of praise has been given to Michelle Pfeiffer's performance and I only have more to give. Her character could have easily been unlikable and unpleasant, but heavily due to her performance we actually love this character. Dynamic is how I would best describe her here. Michelle perfectly commands the camera and the audience's attention every time she is on screen. This performance is at the same time larger than life and yet deeply human. Lucas Hedges gives a more subdued performance yet this works perfectly for his character. Despite the differences in their characters and performances, the chemistry between them is undeniable. You can feel the connection between the two in every scene and there is never a moment when you can't feel the love between them. As stated before the comedy is excellent. There are many laugh out loud moments throughout (everyone in the audience when I saw this were loving every comedic moment). Certain comedy scenes were certainly stay in your mind well often the movie finishes and will probably make you laugh to just think about them. The comedy lights up and makes this darker storyline still a fun time at the movies without ever taking away from the drama itself. The storyline itself may be a little cliché but it works surprisingly well. There is a real heart to this movie under all its dark comedy and as the film goes on we care more and more about these characters and get more involved in the story.

On the downside this movie can feel more than a little padded at times. The whole subplot about the son's romance feels forced, uninteresting and unimportant to the story. Some of the side characters (such as the "witch" and the private investigator) are not that interesting as well. The ending of this film also doesn't work and can feel unsatisfying.
Despite any faults though this is an excellent film with a lot to recommend it.
Posted by Michael J. Ruhland at 7:22 PM