Having Faith in Gene Autry

Hello again my friends. As you know I am a fan of old singing cowboy movies and that means I am a fan of Gene Autry. Gene and his biggest competition in the singing cowboy genre (Roy Rogers) are two of my favorite people to research as they come off as just as nice of people offscreen as they were on screen. With that in mind I'd like to share this 1955 article from TV Radio Mirror about Gene. While historians and biographers have been skeptical (to say the least) about the authenticity of the Will Rogers story, this article I feel captures all that I have read and heard about Gene as a person over the years. 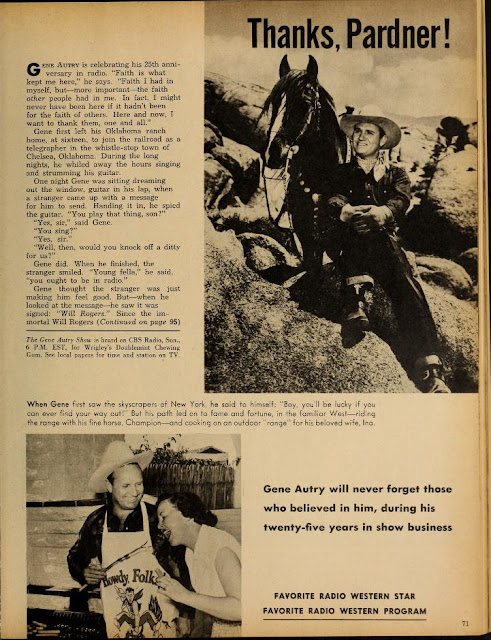 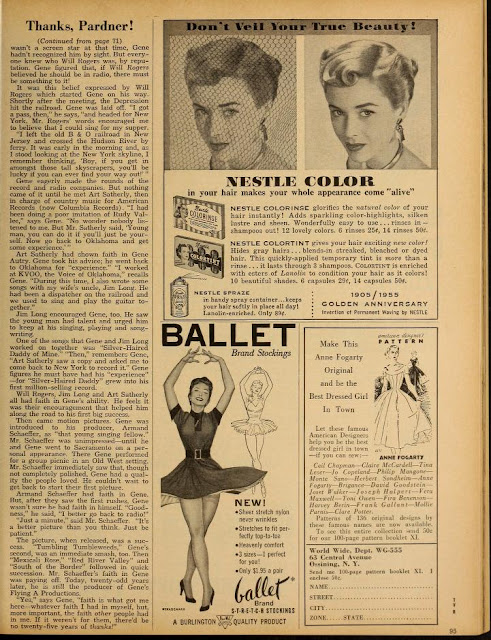 If for any reason you have trouble reading this article click on the images and use your touch screen to zoom in.

As a bonus here is Gene performing the Jimmie Rogers song, In The Jailhouse Now in a clip from his feature film, Prairie Moon (1938). Gene started his singing career in the late 1920's as a Jimmie Rogers imitator. However this movie was from after Gene discovered his own style of singing.