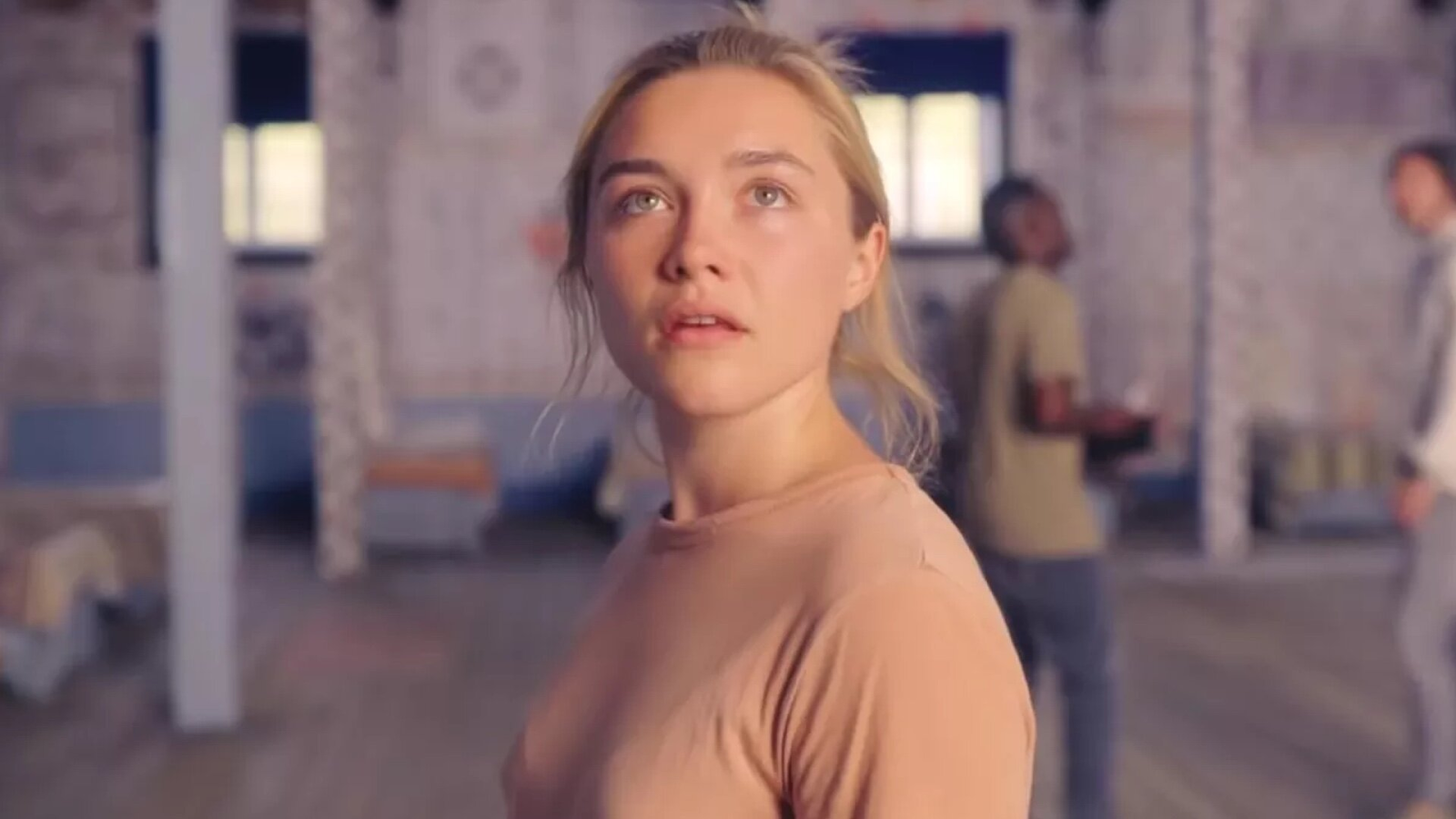 A fantastic build-up that leads but a completely disappointing pay off.

Olivia Wilde's directorial debut was the really fun raunchy comedy, Booksmart. Her follow-up film could not be more different. This is a dark psychological thriller with little humor in it. However both films show a real talent from directing from the popular actress. This movie does a wonderful job of building suspense and a real sense of dread. The visual representation of the town of Victory is very idyllic and yet at the same time haunting. This creates a wonderfully effective feeling of dread, as you never know when something is going to happen to upset this idyllic state. We have grown accustomed to the idea that anything idyllic is too good to be true and a movie like this perfectly plays with those notions, so that even as the film starts we have a feeling of uncomfortableness. This uncomfortable feeling grows as parts of the idyllic world start to slowly peel away. This is done so well as it is not done all it once but little by little, so that are sense of suspense and dread increases as the film goes on. All of this is helped by the wonderful visual style, that combines the 1950's with the feeling of a modern thriller. The bad dreams are especially wonderful visually and these scenes will stay with you after the film is over. This movie is also helped by starring the wonderful Florence Pugh. She is one of my favorite current actresses and this movie certainly shows why. Her performance perfectly carries you into the emotion of each scene. Oliva Wilde originally wanted to star in this movie herself but after seeing Florance in Midsommar changed her mind and thought Florance would be perfect for the role. It is easy to see why she felt that way watching this movie.

This film does have a huge problem that befalls many movies like this. That is when you spend a whole film building up to something that something turns out to be a real let down. That is certainly true here. I was loving this movie up until this reveal but the reason behind everything that happens in this movie is terrible. Not only is it completely clichéd and overused, but it also is not very interesting and makes no sense in the context of the story. This is one of those twists, that makes you question even the motivations of some of the characters and raises just as many questions as it answers. Unfortunately since this twist is what the rest of the film was leading up to it can't help but leave a major black mark on an otherwise great movie. Still I can't deny how much I loved the film before that horrible turning point.

If you are able to forgive a horrible payoff, the rest of this movie is fantastic.